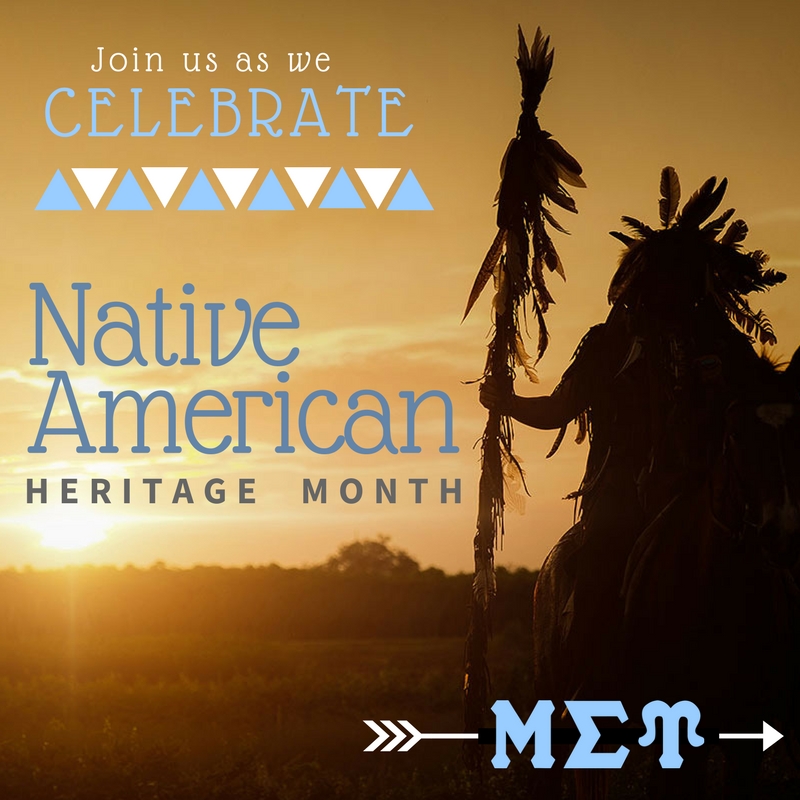 by Djenne DickensPosted on November 13, 2017November 27, 2017
Posted in Culturally Speaking

The first to step on this land, barefoot feet sinking into the pliable earth below. The first to breath in deep the cold, strong drafts of this country. People of strength, pride, traditions, and glory. People who stood by their tribes, fought for their families, and cherished their beliefs.

November is a time to remember these people, to celebrate Native American Heritage Month. To bask in the opportunity to learn of the rich and vibrant culture that existed before the United States of America’s founding, and still continues to this day.

Originally, efforts to gain a day of recognition for Native Americans started with people such as Dr. Arthur C. Parker, a Seneca Native American. He was the director of the Museum of Arts and Science in Rochester, N.Y., and advocated for a day of appreciation of Native American culture. His strong feelings resulted in such a day being adopted by the Boy Scouts of America for three years. In 1915, such a day was also approved by the annual Congress of the American Indian Association, who encouraged its president, Rev. Sherman Coolidge to bring the issue to a national level.

In May 1916, the first American Indian Day was recognized in the state of New York. However, the day moved forward without national recognition for decades. In 1990, President George H. W. Bush proclaimed that Native Americans would be honored with more than simply a day, but rather a whole month of recognition during the month of November. This trend continued each year following 1994, with several variants on the name, but the same goal of remembering Native American history.

This month, we can embrace the opportunity to learn more about the cultures of the diverse people who inherited North America before Europeans arrived. Native American authors such as Sherman Alexie, Leslie Marmon Silko, and Janet Campbell Hale paint vibrant pictures of the Native American identity, and are powerful figures in American literature. Movies and documentaries directed by Native Americans can also give us significant insight into what is often left untold in the traditional history textbooks taught in American schools today. However, we must always be careful when listening to work created by outsiders who may unintentionally perpetuate stereotypes about Native American life.

Self-education and research are great ways to keep our minds sharp, engaged, and open to the endless cultures in our world. Having a month dedicated to celebrating a specific culture simply serves as a reminder to us to reach out to our sisters who may have unlimited stories on their rich culture, and listen. Listen to how culture shapes perspective and let that draw our sisterhood together as we come to understand each other better. Listen to how various traditions challenge our own mindsets and make us question our own beliefs.