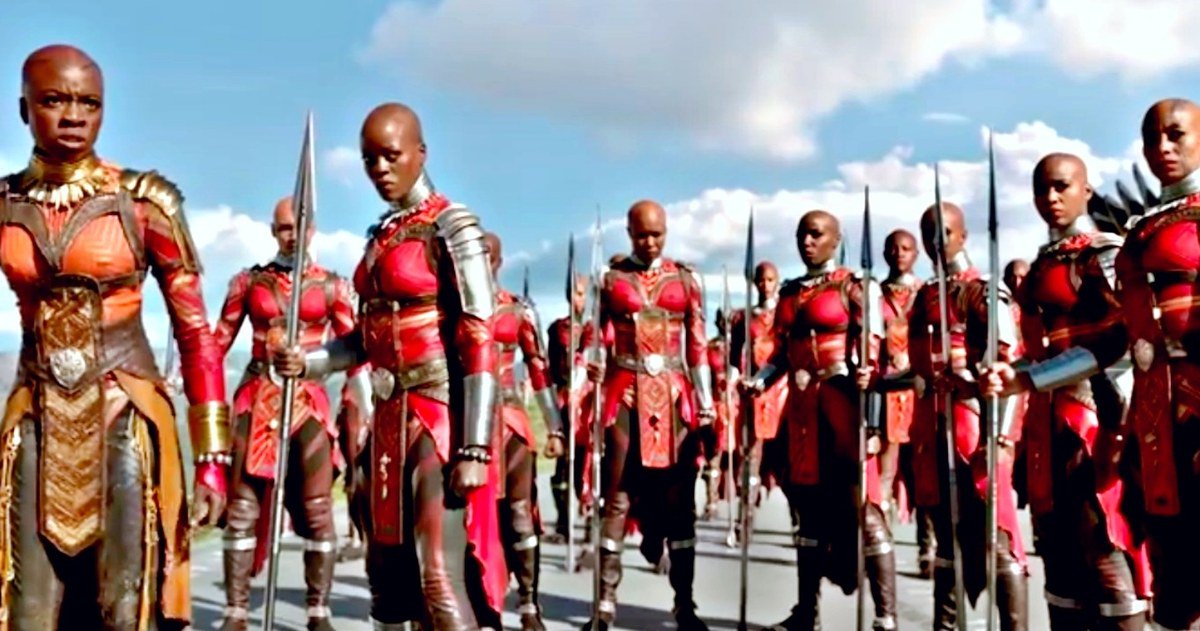 by Djenne DickensPosted on March 21, 2018April 2, 2018
Posted in Culturally Speaking

Black Panther. A hero that has charged to the forefront of our consciousness and taken the world by storm. A king destined to battle with the eternal war between self preservation and a moral obligation to help the community. A man willing to stand, fight, and carve his own story amidst a sea of advice seeking to sway him to and fro. A warrior. A role model. An inspiration.

T’challa comes to the throne of Wakanda desiring to be a great leader, but unsure of how to take his first steps as king amidst the aftermath of his father’s death. He struggles with the tradition of self preservation that his country has pursued for generations, while wrestling with ideas preached by his love interest Nakia, who desires a Wakanda that offers its resources to help those in need. As the movie progresses, we not only witness T’challa’s growth as a leader not simply of Wakanda, but of the world, and also witness the growth of the characters around him. Each character has depth and thought that provides the audience with much to think about in the realms of African American history, feminism, colorism, and more.

Wakanda serves as a vivid visual image of the epitome of what black excellence could be. Black women stand at the forefront of Wakandan life as warriors, generals, engineers, advisors, and more. They are a trusted source of wisdom for a hotbed of flourishing melanin. The film’s creation itself is a testament to the amazing power produced by people of color. A black director, mostly black cast, and music production spearheaded by Kendrick Lamar, all came together to produce this groundbreaking film. Black Panther has far surpassed the $1 billion mark in sold ticket value on its 26th day of release, and has now officially become the highest-grossing solo superhero movie. The movie continues to sell, and enchant aspiring Wakandans to reach new heights of glory.

If you haven’t seen Black Panther yet, I encourage you to jump on the bandwagon and join the celebration of black culture, love, and power. You’ll be able to join inside jokes about colonizers and sneakers, wardogs and spies. Not only that, you will leave with a feeling of satisfaction after witnessing history being made. Superhuman strength, reflexes and agility will tantalize your senses and leave you chanting: Wakanda forever.