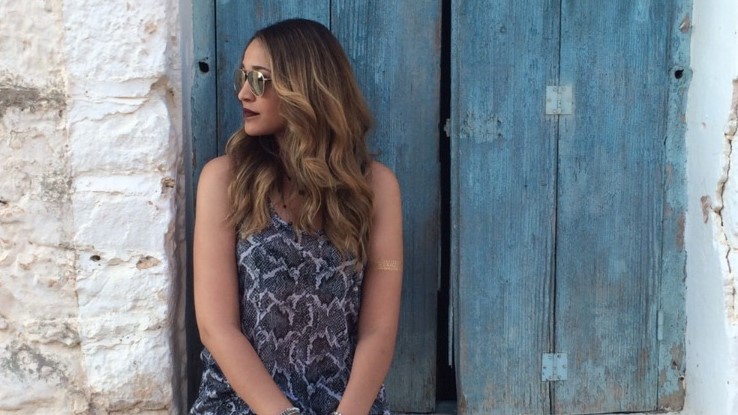 We’ve all heard the stories. We’ve seen them play out in movies like Enough and Sleeping with the Enemy. Girl meets Boy. Girl Falls in love with Boy. Boy physically abuses Girl and Girl quietly suffers until she just can’t take it anymore. Suddenly the Girl has overtaken her abuser, beaten the system and rides off into her happily ever after. The reality of surviving an abusive situation is that “happily ever after” isn’t waiting as soon as the credits begin to roll. The days, months and years after bring their own struggles and trials.

Triggers hide in the simplest of statements, the most comedic of situations and even in the eyes of another that you have attempted to give your heart to. The after effects of such a violent altercation do not ever go away and are something that must be fought regularly. I was 17 years old when I met Him. I remember driving to a summer barbecue as one of my friends talked excessively about some guy she had just met and how he had a friend she could already see me with. I also remember her specifically saying “Don’t mess up and fall in love”. As any teenage love story goes that’s of course exactly what I did. He was my first everything and had my heart in its entirety as I hadn’t yet learned how to hold part of myself back. I had never been hurt romantically by a man, never been cheated on or had my heart broken. He was my happiness, my everything.

It became apparent from the beginning that we came from two separate worlds. He had been born and raised in South America and hadn’t moved to the U.S. until he was in high school. He had very specific views on women and their role in a relationship and that Machismo never went very far with me. We were different but it worked. I was close with his family as he was with mine. We were inseparable and at times you could barely see where one of us began and the other ended. The red flags began a few months into the relationship. I had left for a college about a month after we began dating, while he stayed behind in my hometown about two hours away. The flares of jealousy and his constant need to know my whereabouts began to show themselves then. The possessiveness slowly began to assert itself, quietly and then all at once. When we would fight they would be heated, passionate I would say. It was about six months in when he punched the first hole in the wall inches away from my head. In the two years that we dated there was not one apartment he resided in that didn’t have at least one hole marking a fight between us.

The emotional abuse had always been there but escalated during my second semester in college. I had always been confident, secure in myself and my goals for the future. After six months of dating him I barely recognized myself. The constant degradation and hateful words that would spew out of his mouth had already taken an ugly hold in my self perception. By the end of the first year my closest friends were barely on speaking terms with me as I had pushed away any reminder of the fact that I was barely a shadow of who I used to be. I continued on this path with him throughout the rest of 2007. I would live for the good days, the days where I was the light of his life, his girl, his love. As always that cycle would end and the verbal abuse would be back, worse than ever before. He made me feel like a slug, something that didn’t even deserve a second glance, something that could be kicked aside with a foot. Too disgusting to be handled or addressed. At this point I had pushed my family so far away that we were barely on speaking terms. I hadn’t seen or spoken to my mother in months and He was essentially all that I had.

One of my childhood friends came to Florida that winter. She was staying with her grandparents and had asked to get together. We went out several times while she was in town, my boyfriend was on his best behavior and she was captivated by his act. Then came his birthday, December 27, 2007. My friend and I had gone out to dinner with my boyfriend and his friends. We then went back to his house to hang out since it was his 21st and we were both too young to go out with his group. I remember locking my friend and I in his room before going to sleep because I had already encountered some of his drunken actions and I didn’t want anything like that to happen when my friend was sleeping over. We woke up around 2 a.m. to the sound of pounding on the door. Drunken screaming filled the house and we were both terrified. I tried to calmly speak through the door to him, asking him to please sleep on the couch and we would talk in the morning. Unfortunately he was well past rational thought or action. He began to breakdown a solid wood door with his bare fists until he could get it open enough to get to us. That is the last thing I remember clearly. Everything that happened after was a blur. I remember being thrown against a wall and then not much after that. What shook me out of whatever haze I was in was when He turned to go after my friend. My body kicked into fight mode and I somehow startled this 6’8 man enough that I was able to grab my friend and my purse and run out of the house. We had managed to make it into my car before he caught up with us.

He stood behind my car blocking our exit unless I wanted to run him down. I pleaded with him to just let us go. To this day I do not know how long this lasted but finally and miraculously he did. I then drove two and a half hours back to Orlando. It wasn’t until the morning that I realized what had happened to me. I was battered and bruised and completely numb. While the threats, stalking and verbal abuse continued well into 2008, that was the last day I ever saw him.

The year 2008 was a year of healing for me. I had to learn to come to terms with myself, and what had happened. Victim blaming is a real thing. It isn’t just what others say, its the mental anguish that you also bestow on yourself. I can honestly say that it took me until that fall to learn how to forgive him and most importantly learn how to forgive myself. The first time I ever used the word Survivor was almost a year later. I don’t know when the switch happened but I do know that Mu had a lot to do with it. I found myself while pledging this organization and I began the process of dealing with my demons and accepting my journey. The after effects come and go. Relationships in the beginning were extremely hard. I built a wall around myself so thick and tall that no human could scale them. Not to mention any spurt of temper or anger would instantly send me into panic. It’s been eight years and I still have triggers. Sometimes it can be something as simple as a comedian making a senseless joke. Or when scenes of domestic violence cases are played out across the media in instances like that of Ray Rice or Chris Brown and Rihanna. It is important to realize that having these reactions are okay and are nothing to be ashamed of. It’s really the shame that is the hardest part to work through as well as the self hatred.

I continue to speak out against Dating and Domestic Violence because I want people to be able to put a face to all of those nameless statistics. I am the one in those 1 out of every 3 women. I was beaten by the one who was supposed to love me and I am one of the lucky ones who lived to talk about it. Love doesn’t hurt. It doesn’t degrade you or make you feel less than yourself.

Use my pain as your reason to survive. You are worth more. My name is Ashley Hill, and I am a Survivor.

This story originally appeared in the Spring 2016 issue of The Amazonian. 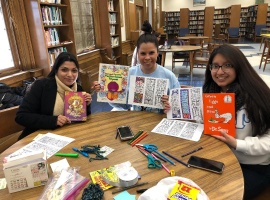 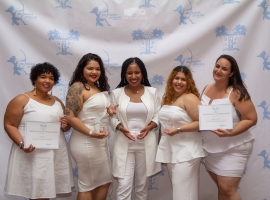